Detail of the painting and an overview, size app. 3x8 meter, title "Dawn is Comming" 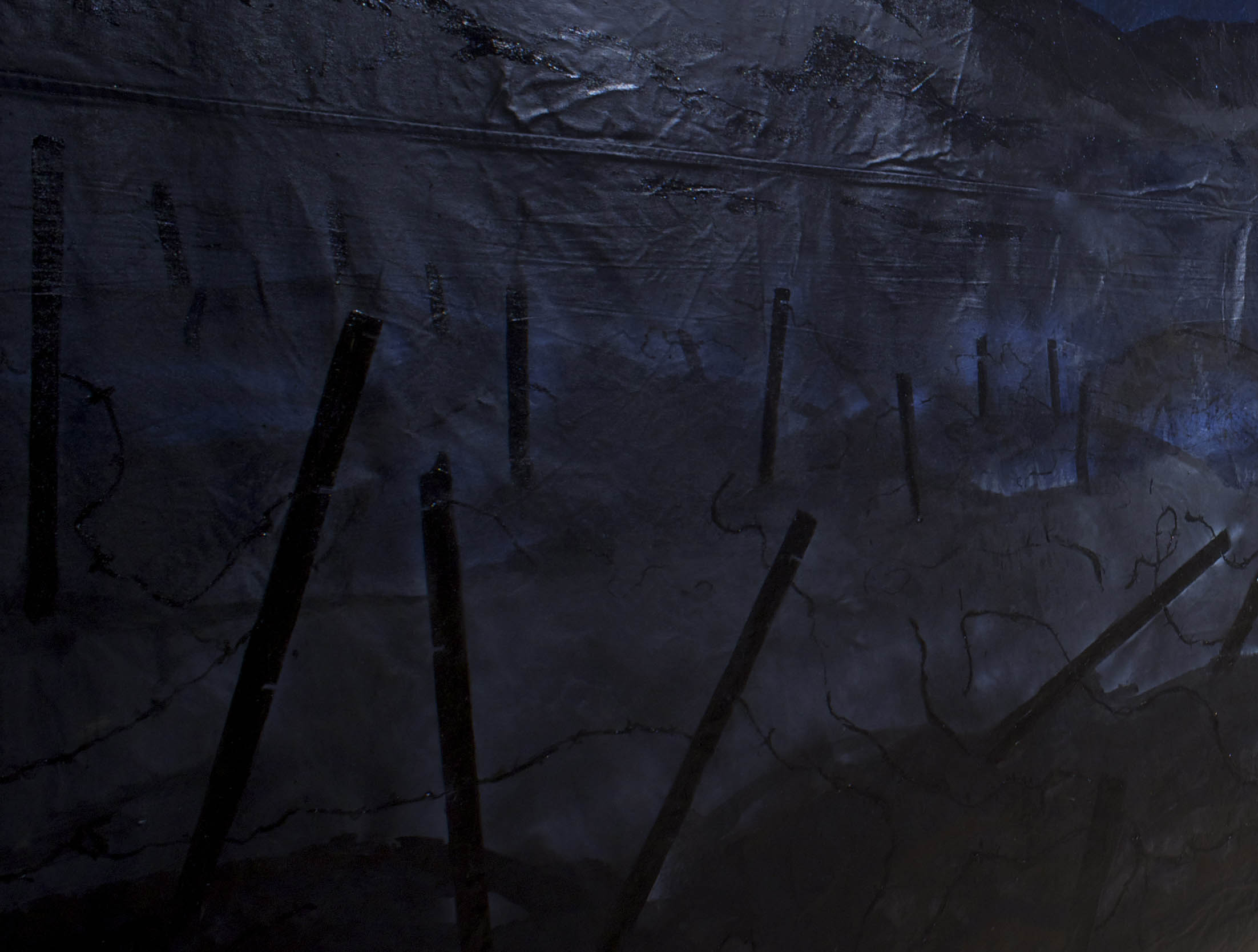 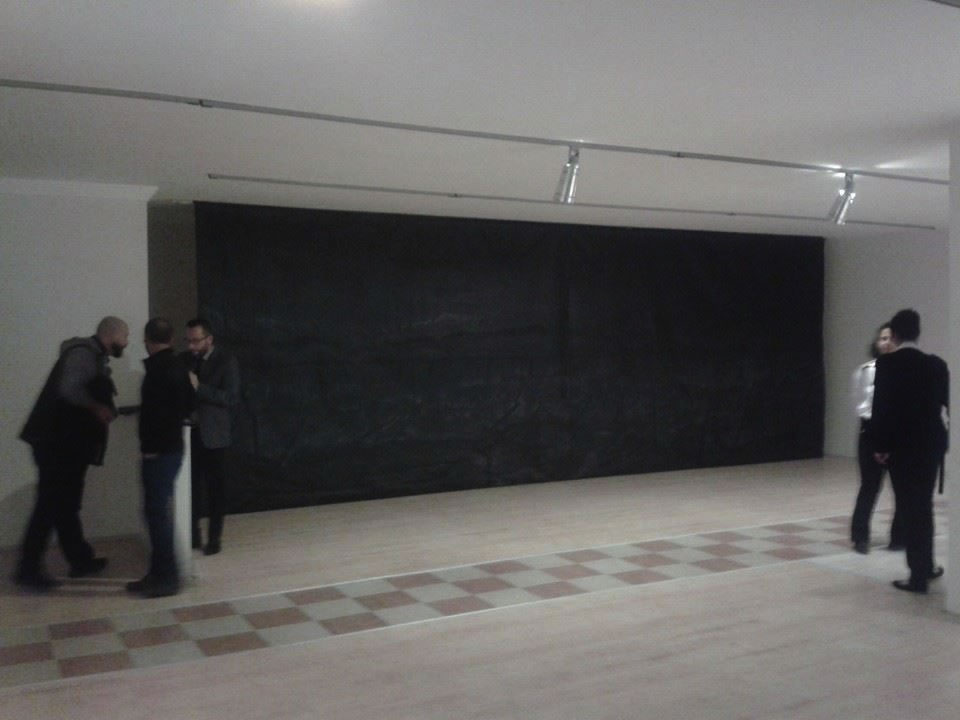 Cramped in that funnelled hole, they watched the dawn
Open a jagged rim around; a yawn
Of death's jaws, which had all but swallowed them
Stuck in the bottom of his throat of phlegm.

They were in one of many mouths of Hell
Not seen of seers in visions, only felt
As teeth of traps; when bones and the dead are smelt
Under the mud where long ago they fell
Mixed with the sour sharp odour of the shell.

A poem by WILFRED OWEN

‘ONLY THE DEAD HAVE SEEN THE END OF WAR’ (PLATO)

The exhibition will be conceived in consideration of the 100th year of WW1 (1914-2014) and will focus on the contemporary visual interpretation of this human tragedy and its political, economic, social and cultural consequences.

This date is also indicating the fall of the Ottoman Empire, Austro-Hungarian and the Russian Empire, which has radically changed the map of Europe and Asia and opened a new era which created a polarized world in 20th century.

Most of the related countries and their museums are going to realize exhibitions and events during 2014.

The main exhibition and parallel exhibitions in 4th International Canakkale Biennial will open a visual sphere and discussion;
• on the major human movement (forced immigrations)
• on the political, economic and cultural rupture between the people living in the vast territories of the Ottoman and Russian empire and its consequences
• on the new era of differentiation in economic systems and modernism
• on the beginning of the new era of European and Soviet colonialism
• on the after effects of the fact that during these 100 years the people of these countries had to submit to a polarized world and had to adjust themselves into an opposite system called globalized world.

The International Çanakkale Biennial since 2008 is being realized by CABININ, a civil initiative founded for culture and art projects in Çanakkale. The biennial is financially supported by the Municipality of Çanakkale.

In consideration to the conceptual framework, the 4th International Canakkale Biennial will invite curators, artists and special projects from the countries involved in WW1.