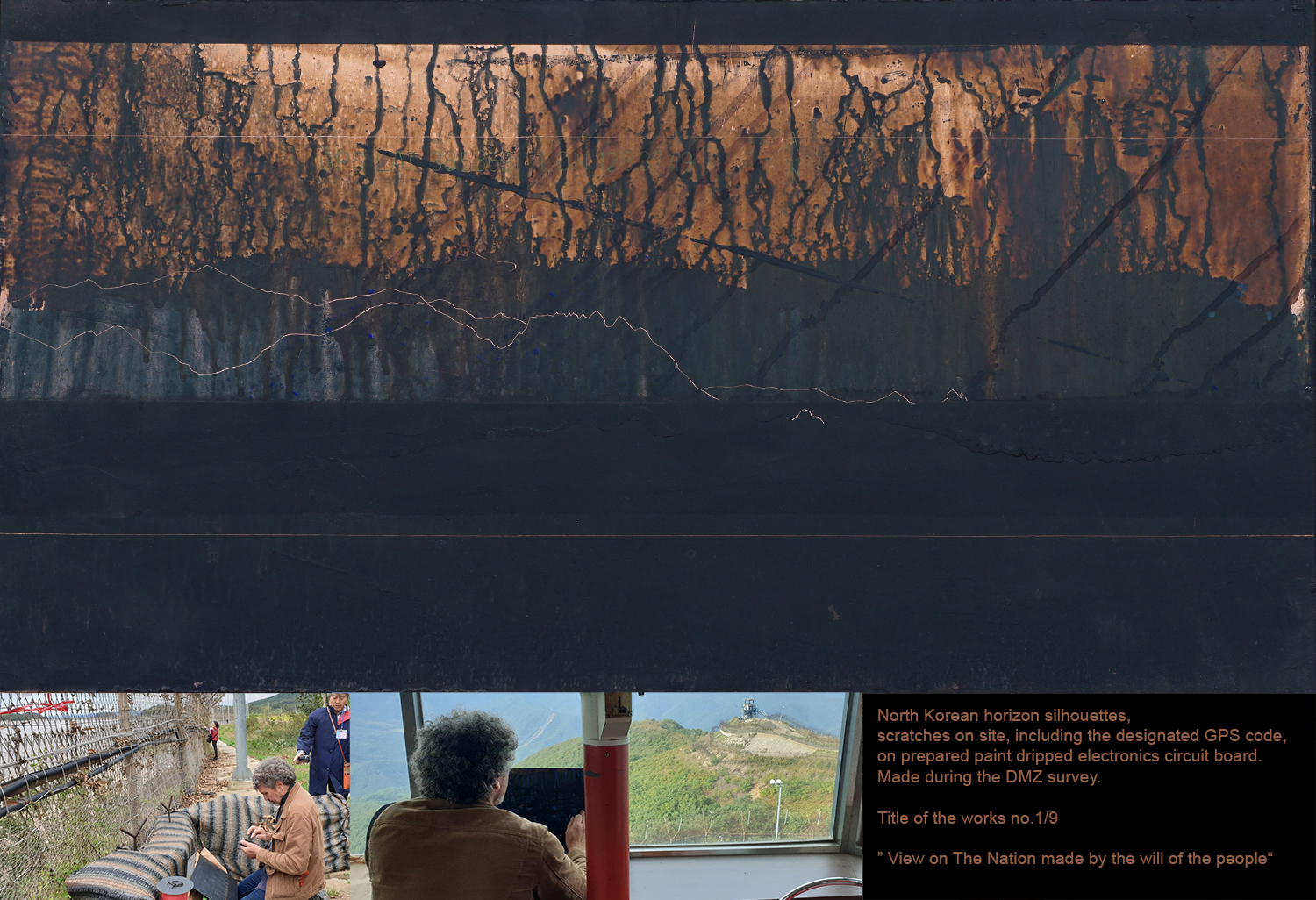 work for the Dutch Consulate In Istanbul

Vantage Point
A position or place that allows you a favourable overall view of a scene or situation. On both sides of the DMZ loads of watchtowers were erected, also along the coastline watchtowers can be seen. the inside of the watchtower houses something else entirely. A fully working sauna is installed in the tower. Wooden benches line the walls and the narrow lookout slit will give a full view over the frosty sea. Marquetry work made with veneer. Apparently two skeletons of Adam and Eve with a mushroom cloud in the background as the tree of the knowledge of good and evil. the apple swapped for the planet Saturn, the god of time. 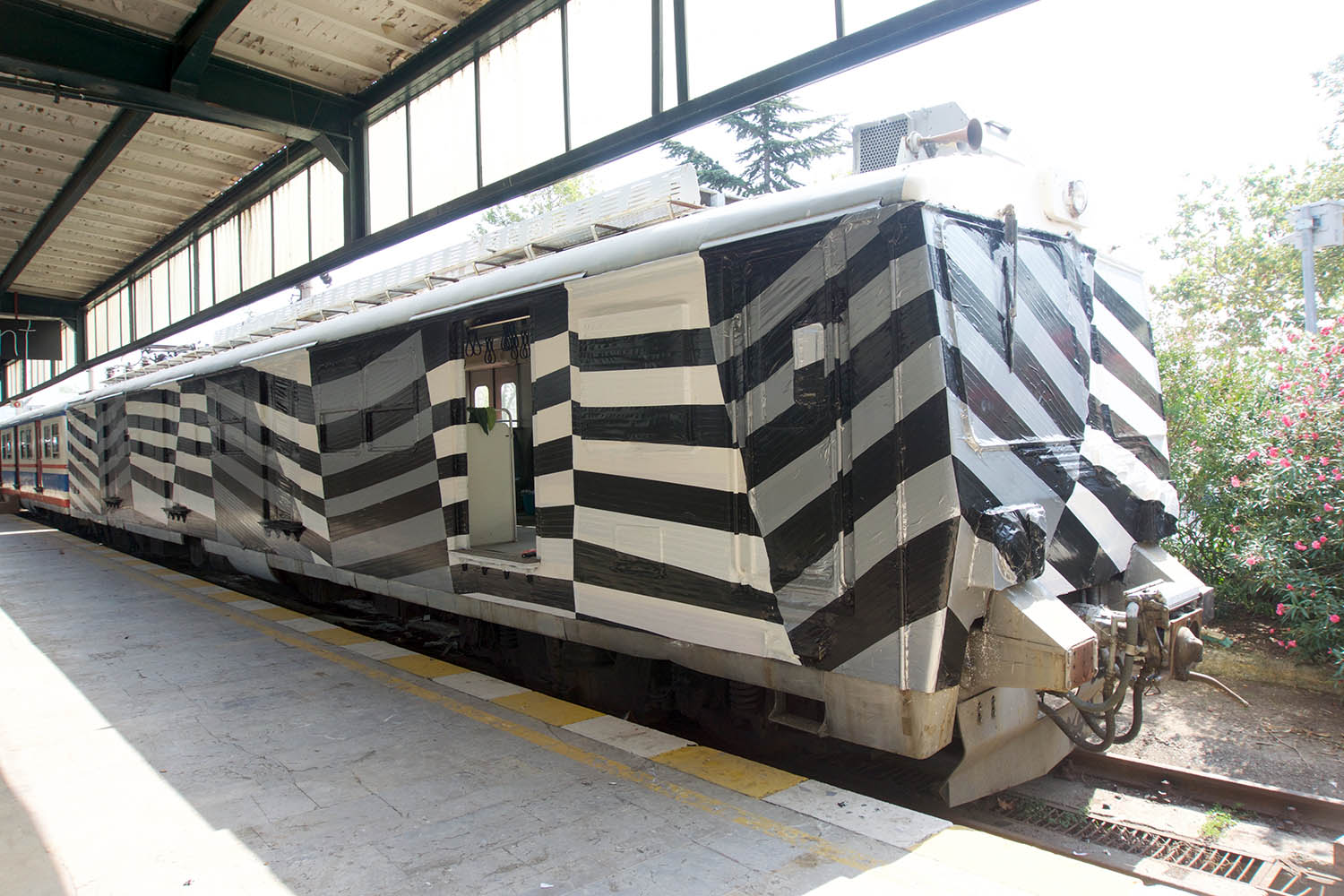 ‘DISRUPTIVELY MISLEAD’
A work which uses WW1 Dazzle camouflage patterns, on a train carriage at the Haydarpasa Terminal ( Gar skKadikoy, Istanbul),to make the viewer aware of the limitations of their visual abilities.Continuing this path of thought one only wonders what other fields of the mind can be tricked and are prone to deception. In fact the reality around us is never fully visualised by our brain. And our mind wonder back and forth in made up pasts and imagined futures, and almost never find themselves in the ‘presumably’ continuingly onward going now. Returning to ‘DISRUPTIVELY MISLEAD’, what else may lurk between its disruptive lines? Marqueterie piece 45x60 cm in wood veneer.
Geronimo is de name in Arabic, written above the skull and bone sign. Its the code name for the dead or capture of Osama Binladen. And the name of an other freedom fighter and indian leader. so time for an other conspiracy theory.
Shown at Castrum Peregrini during the show 'Read My Lips" curated by Paco Barragan.

from harold de bree on Vimeo. 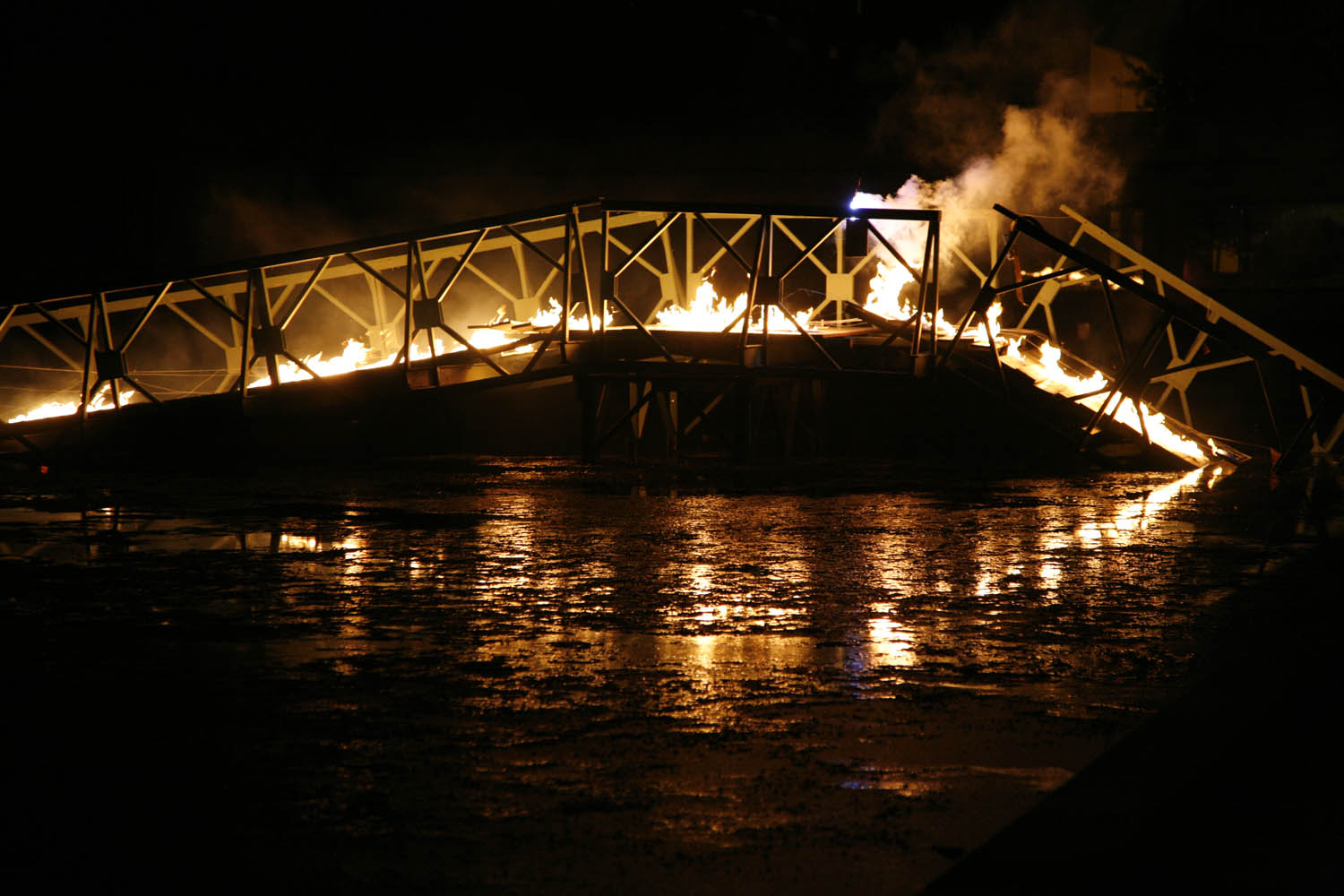 My collapsed Bailey Bridge At the Gemeente museum in The Hague.

Harold de Bree Joan’s Carvery Performance (for Joan of Art project curated by Mike Watson / curator in residence)
With Fondazione Gervasuti - who host the Maldives Pavilion - at the Venice Biennale. 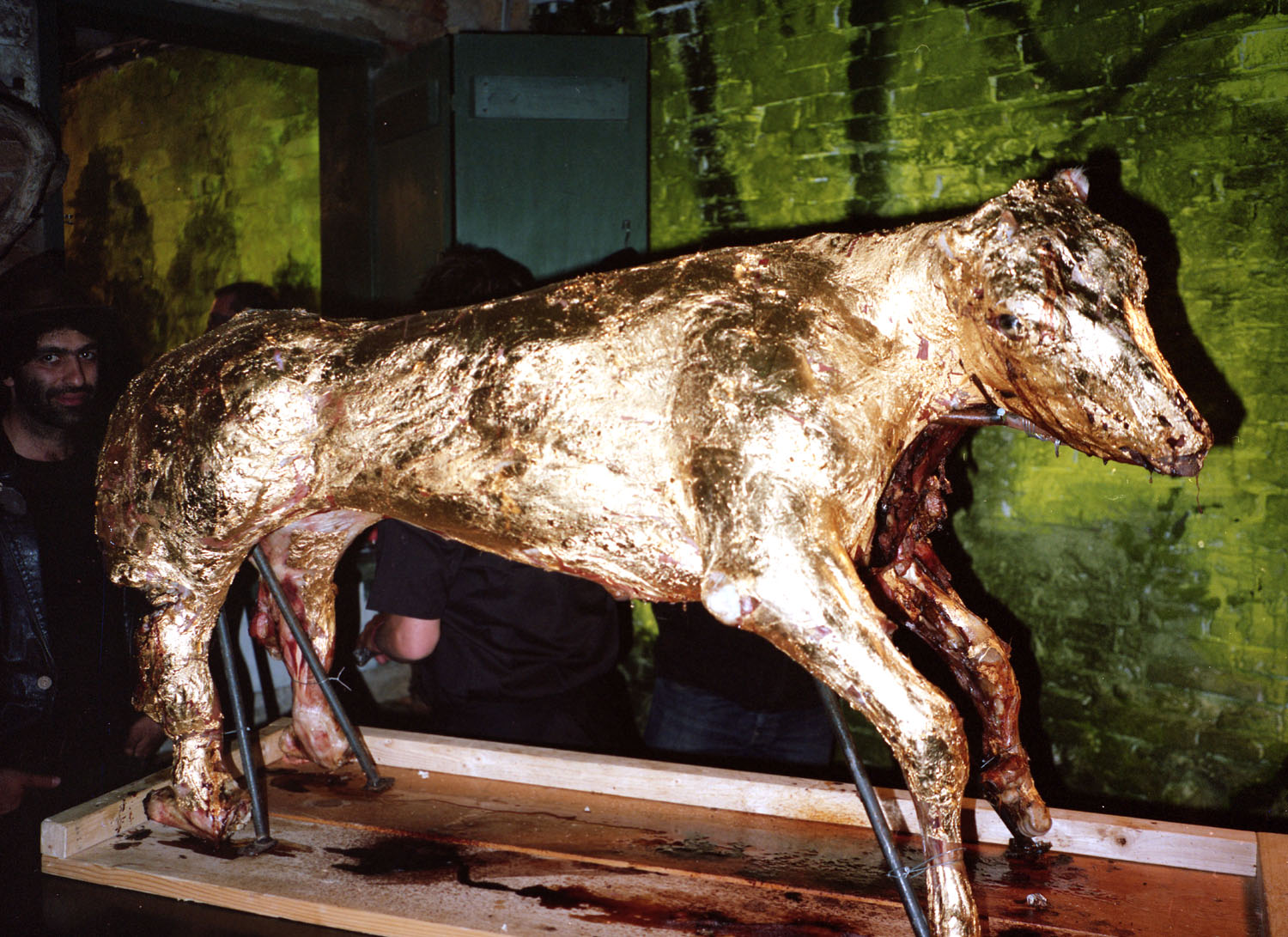 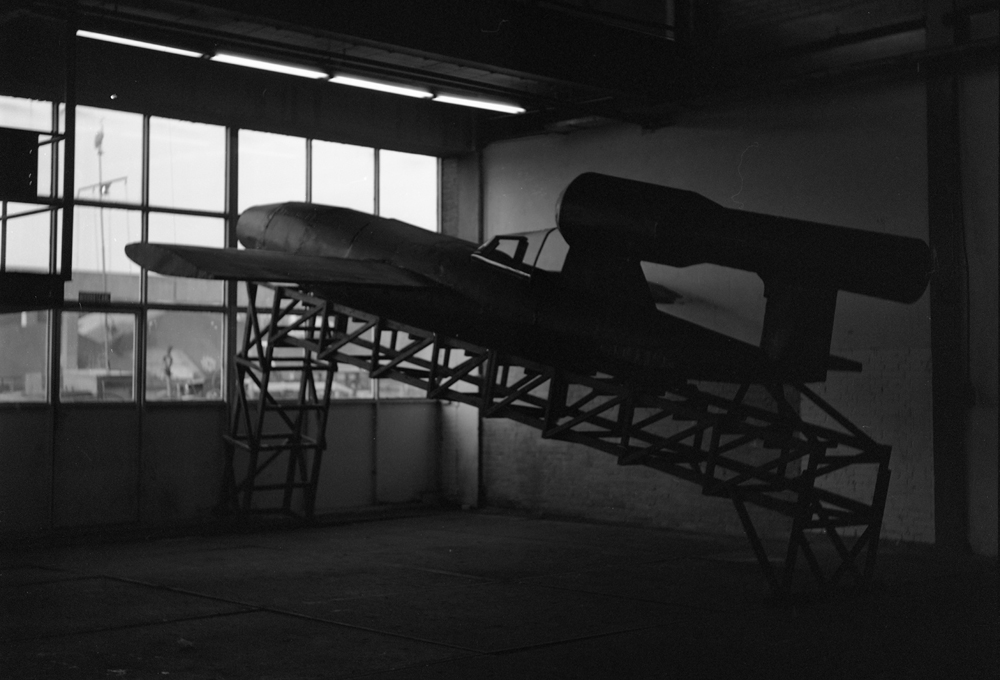 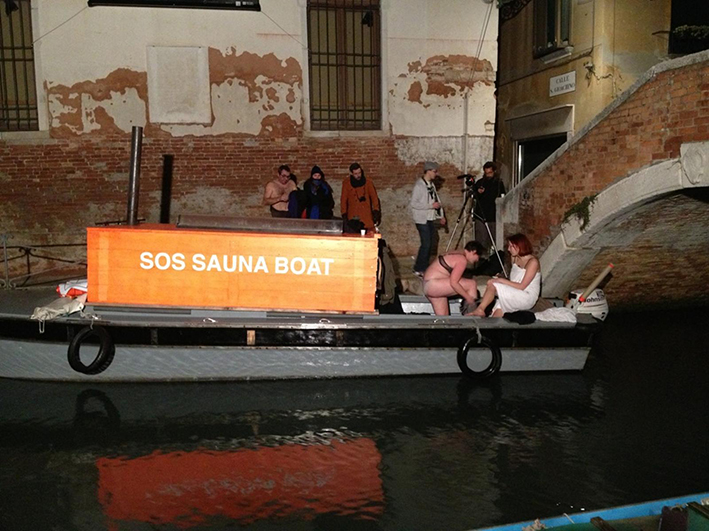 Maldives Pavillion, 55 bienal venice, SOS Sauna boat, contemplating on and the prevention of
the sinking of the Maldives by the rising sea level. Performance site at Aral Sea, Morse coding the beginning of "The old man and the sea" by Hemingway.
Check the Performance 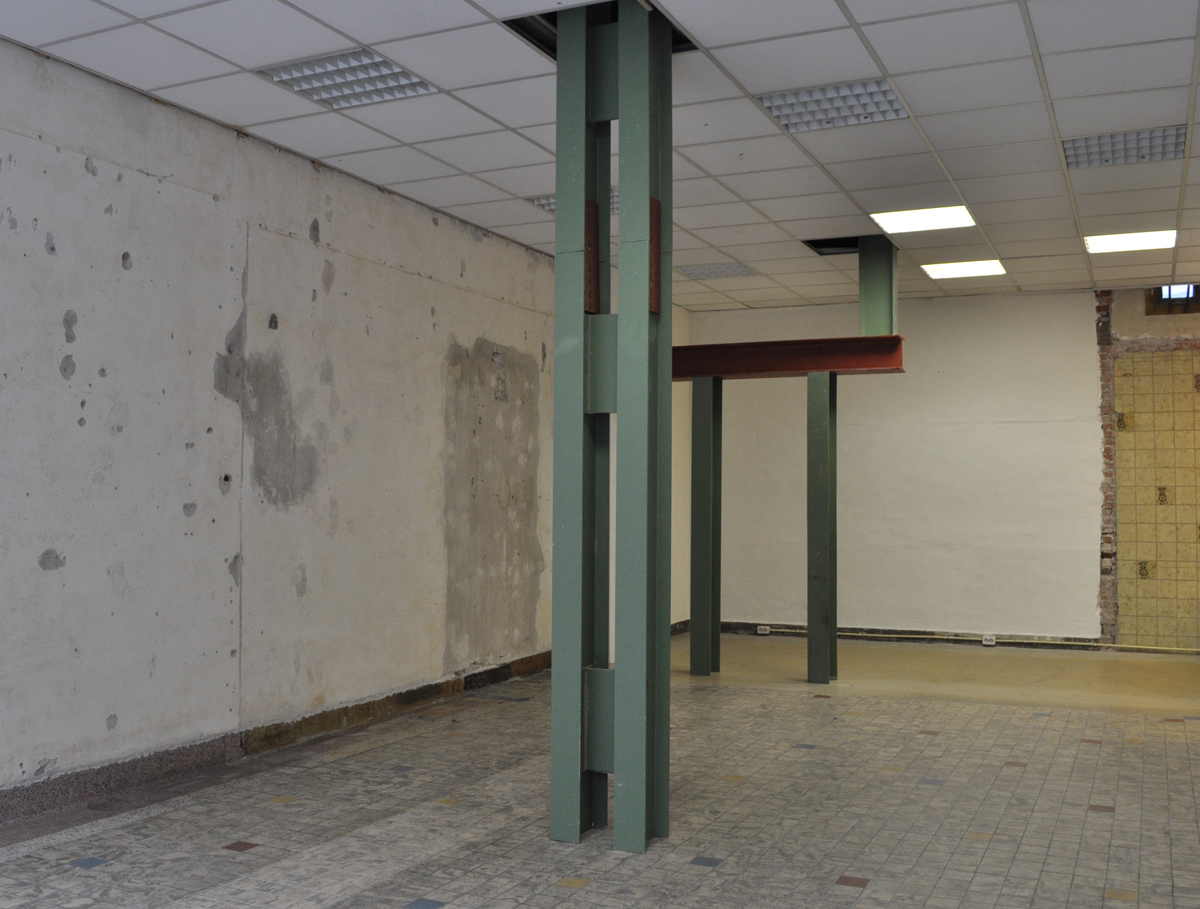 Installation at U.H.M. Steel Construction no.1 2012 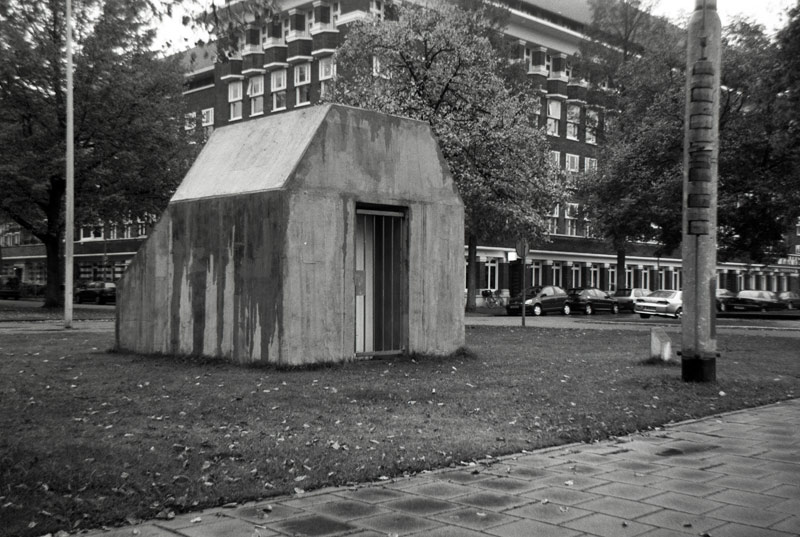 Entrance B4 Installation in the streets of Amsterdam Zuid during ArtZuid. 2009 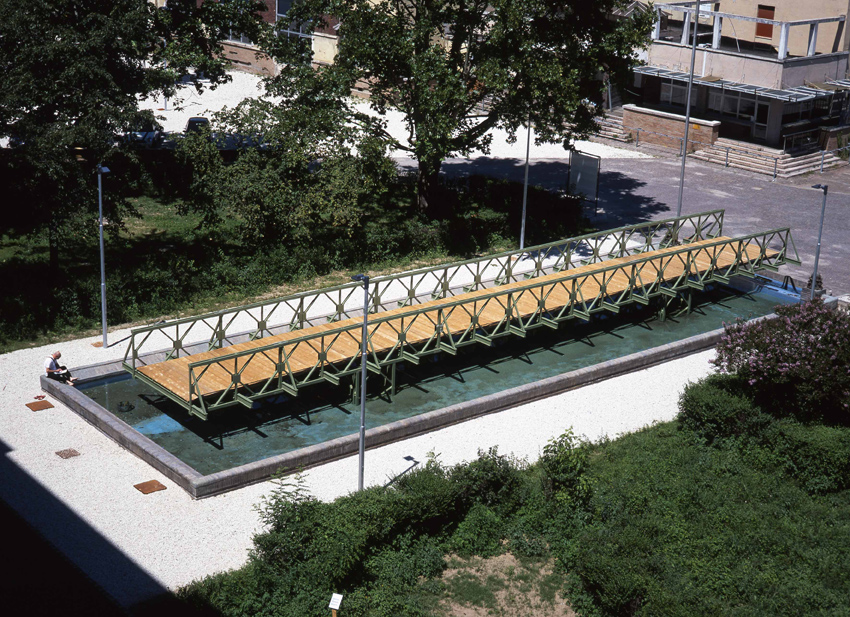 The Collection. Installation during the FUTURE OR RUIN exhibition at CHARLIE SMITH LONDON 2009